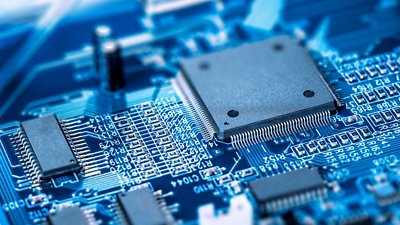 The search for a cost effective, global solution.

“We were looking for an enterprise cloud service that would offer global process alignment,” she says. “We wanted manager and employee self-service. We also wanted a system that was easy to use and intuitive to roll out globally.”

Avago’s two legacy ERP systems not only lacked self-service, they also had to be continuously reconciled. Data taken from one system was entered by hand into the other. Because the HR team could not obtain complete data from either system, they used a third-party reporting tool. “It was a lot of manual work,” Yee Lin recalls.

The company wanted a system that would be easy to change and update without the long, expensive process that their legacy systems required. Ease of use was another important consideration. “We went through an end-user test and had people rate the systems,” Yee Lin says. “They preferred Workday. It was more intuitive than the others in terms of look and feel.”

Above all, the Avago team wanted a cost-effective solution. “The overall driver was the selection of the most robust and economical platform among those evaluated,” Yee Lin says.

Although Avago looked at recent versions of their legacy ERP systems, they quickly realized that a cloud-based solution would save them money. “One of the key drivers was that Workday is Software-as-a-Service. When comparing with on-premise implementations, SaaS cost savings were obvious,” Yee Lin says.

“We wondered whether that was even possible,” Yee Lin says. “At the time, the company was slightly smaller, operating in 16 countries. But we had 12 currencies and some language requirements. Workday was able to partner with us to say “yes, it’s doable” within seven months. The other competing applications would have taken us a year, or even more. So we met our objectives.”

Workday’s system of updates, provided several times a year, means Avago’s applications are continuously up-to- date with the latest innovations. Yee Lin’s team had a long list of change requests before deploying Workday. “The time to implement was staged at two years,” she says. But with each update, the backlog diminished.

“We found a lot of the things we considered nice to have or even critical—we could easily turn these on,” she says. “Some were just delivered with the release and some had to be configured. So we had that choice and the flexibility to decide and prioritize which ones we could handle. We can decide within our team when to turn features on.”

Yee Lin says the company saw financial benefits at the start of deployment. Avago is also experiencing the advantages of replacing many systems with one. “The ease of maintenance and the benefit has been an all-in-one system,” she says. “The look and feel is the same. Previously, expenses were housed on a different system and people had to log in a different way. Now, everything comes through the same user interface. Employee-hierarchy information and manager-reporting relationships for approval are all on the same system. All the functions use the same workflow and no additional training is required.”

Before Workday, the company was unable to obtain an accurate global headcount without manual work. The data had to be entered by hand from spreadsheets that came in from the various countries. Yee Lin’s team could enter the data only as fast as it came in. “So there were times you wouldn’t get the correct count at a certain point in time,” she says. Now a global headcount report is available at all times. “And there are the country breakdowns, the real-time headcount, your population,” she says. “You can easily break it down by employees or contingent workers. Division heads can quickly look at their own list in real time.”

Workday’s real-time analytics capabilities have helped the business by providing a single global view of specific critical data. “We are able to place key reports on the dashboard for all managers to see or all HR business partners to have as a standard report,” she says. “These are used during key program rollouts.”

Workday has helped Avago manage their dual headquarters in Singapore and San Jose by allowing both teams to see the same information. “We have so much cross-reporting from Asia to the U.S. and vice versa,” Yee Lin says. “For example, when global programs are rolled out from the U.S.—say, compensation—we have fewer and fewer issues with data integrity than we had before. And right from the start, managers and employees get to see their data.”

The company also is discovering the benefits of Workday’s mobile capabilities. They now use mobile to capture receipts and see the potential for many other uses. “Mobile is one area that we want to place more focus on,” Yee Lin says. “It’s definitely a plus to be able to see the dashboard reports on an iPad or mobile phone.” She also sees the benefit of getting management approvals on mobile devices. Instead of simply viewing information, managers can act on it easily when it’s convenient for them.

Finally, the HR team can focus its time on more strategic work. “Now, it’s no more manual entry,” she says. “In HR, we feel that we have more control, because we don’t have to make requests for special configurations. HR has this ability and can partner with IT on more strategic interface work.”

“Right now we still do define ourselves slightly as administrative. But I think Workday repositions us to be more strategically focused.” she says.

“There is usually resistance to change, but our experience shows that you can easily overcome that,” she concludes. “We thought the change management would be a significant challenge, but it turned out to be a non-event. No news at that point is good news.”