Intuitiveness, ease of use and configurability ensure Workday fits with First Central’s roadmap for future development. 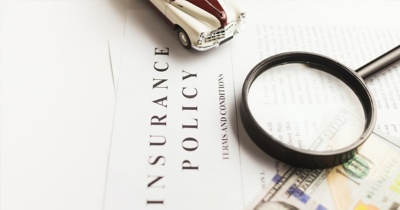 In 2020, First Central was still using the same finance system that had been in place since the company formed in 2008. Given the company’s rapid growth since then, to being in the top five in the UK’s highly competitive motor insurance industry, there was a widespread awareness that the old system was increasingly outdated.

According to Finance Change Manager Suzanne Penston, “When the pandemic drew attention to how fast things could change, we started to look at where we really wanted to be, and launched a full RFP process to identify the best supplier.”

At the same time, First Central’s HR Department was working with a historic suite of separate systems for areas including core HR, performance management, learning and more. As Head of HR Zoe Wright says, “This was causing a lot of confusion for managers and colleagues, who were asking ‘where do I look at e-learning?’ or ‘which system do I use to book annual leave?’.

“When we saw Workday, we knew it was well suited to First Central’s roadmap for future growth,” says Suzanne. “It’s brilliant to have a system that embraces fast-paced growth as much as we do.”

Workday is a system that’s growing and developing alongside us as a business.

For Suzanne Penston, Workday’s biggest wins are in its intuitiveness, ease of use and configurability.

As she says, “I liked the built-in controls and auditability as soon as I saw Workday. It’s all so visible – you can see the controls, the segregation of duties, and everything else you can build into the system. We can easily configure it to be how we want it to be, with our own business processes in the system.”

“Intuition was essential too, particularly as we were facing the need to train a number of people on a new system. We’ve been able to be self-sufficient in looking after it going forward, meaning we’re not reliant on people coming to help us every time we want to do something new.”

Zoe Wright is also delighted by ease of use. “Now everything’s on one system, colleagues can do everything much more easily, from looking at their payslip to booking training or putting their expenses through. As we add modules, we feel Workday is a system that’s growing and developing alongside us as a business.”

According to Suzanne Penston, she and her team have gained a great deal from the Workday community, the shared experience that it enables with other customers and the support available from Workday Product Managers.

“When I recently went to a new release meeting, I was able to talk to other users, and sometimes we together identified areas that were causing us all a few problems. This enabled us to go to the Workday team and tell them about our experiences. Despite some of these issues not being on the roadmap, since a number of users were experiencing these problems, the team were happy to go away and take a look at them."

“There’s a real sense that Workday is listening and cares about solving any problems people might be having. That just makes such a difference.”

Straight after implementation of the Advanced Compensation module, Zoe Wright immediately witnessed some benefits of working with a more advanced system.

“But the biggest difference has probably been in moving away from using spreadsheets and all the copying and pasting that comes with that. Error rates have fallen dramatically, and managers have been commenting on how much easier their lives have become.”

COMPANY
First Central is firmly established as a top five best-selling car insurance provider on UK price comparison websites. Since forming in 2008, it has successfully built a customer base of over one million and employs more than 1,000 people.
INDUSTRY
KEY PRODUCTS USED
SHARE STORY