Texas A&M moves to the cloud, automates finance and HR.

“Having Workday has allowed us to consolidate systems, create consistency which makes a difference in our ability to serve students, faculty and staff.”—Senior Director, Office of Information Technology, Texas A&M 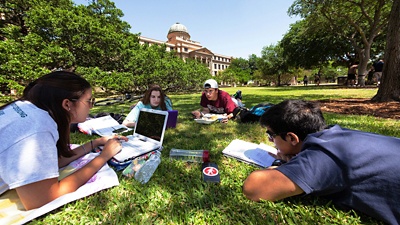 The Texas A&M University System is 1 of 6 systems of higher education in the state, with 48,000 employees and 152,000 students across 20 independent organizations. Headquartered in College Station, Texas, the public research system is made up of 11 universities, 7 state agencies, a system office, and a law school, each with its own CFO, CHRO, payroll, and HR departments.

The Texas A&M System was facing pressure from the state to update its technology. Mark Stone, CIO at the Texas A&M System, explains, “The legislature has pressed all public sector entities in the state of Texas to first and foremost move from on-premise to cloud-based solutions, from homegrown solutions to solutions that are managed by a third party. All recent regulations over the last four years have said we must look at the cloud first.”

The Texas A&M System couldn’t afford to stick with its existing payroll and HR systems for the long-term, from both a technology and resource perspective. Significant components of the legacy systems were mainframe based and built on code that was up to 35 years old. Not only did this open the organization up to risk, but it was becoming increasingly difficult to find people who had the skills or desire to code its legacy applications.

From fragmented systems to one experience.

The Texas A&M System needed a nimble payroll system. Every time an employee moved into a previously unsupported state or local taxing authority, the legacy payroll calculation engine (a 35,000-line COBOL program) had to be opened and modified. “This exposed us to huge risks,” says Stone. “With Workday, taxing rules are updated on our behalf, and the Texas A&M System does not have to do anything.” Likewise, adding a new deduction type in the legacy payroll system required a major re-coding effort. “With Workday, it’s just configuration and setup.”

The Texas A&M System wasn’t only dealing with the burden of highly customized and aging systems; it was running out of resources to keep them functional. Mark Schulz, enterprise IT architect at the Texas A&M System, shares, “The skill sets required to support this legacy payroll system are disappearing in the market and many members of our staff are approaching retirement. We believed that very soon we would either not be able to acquire the resources, or the cost to acquire the resources would eventually go up by 20%, 50%, 100%, 200%.” 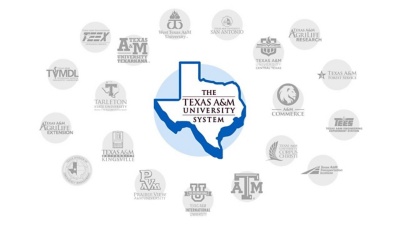 The Texas A&M System quickly realized that Workday offered the standardization, flexibility, and ease of use it needed. As Schulz explains, “There was pressure for us to move to a common HR system, and it made no sense to go to a common HR system if we didn’t also bring in payroll.” With a single system for HR and payroll, Workday helps the Texas A&M System reduce manual entries and gain a holistic perspective of its business for better decision-making. And because Workday is a true cloud system, the Texas A&M System can satisfy the state’s requirements and free up its IT resources from maintaining servers and performing manual updates.

But the huge technology advancements weren’t the only reason the Texas A&M System was drawn to Workday. The organization also recognized that Workday is committed to understanding challenges specific to higher education and partners with leading institutions to improve processes for educators everywhere. “There’s a higher-ed user group that meets once a month, so that’s allowed us to connect with other members that are working through similar situations. We just didn’t have that with our previous system at all, so that network has been significant for us, and it helps us push towards best processes,” explains Brad Blair, HCM project manager at the Texas A&M System.

The Texas A&M System completed its Workday deployment on time and under budget, and went live with all 20 System members at the same time and in a single tenant. All of the members can now work in the same way and streamline processes while still maintaining the freedom to operate autonomously. The result: greater visibility into HR data, increased operating efficiency, and access to key information anywhere, anytime.

Just to be able to have 50,000 employees, 20 members, in a single tenant makes a huge difference in the way we operate,” says Schulz.

And with Workday Payroll, the Texas A&M System was able to accelerate its payroll process dramatically. Blair explains, “Within the first couple of weeks of executing payroll for us, it was taking 10 or 12 hours. Now, we have both a biweekly and a monthly pay schedule and execute in under three hours.”

The mobile capabilities also have been a game-changer for the organization. “Mobile is something that we’ve had a lot of positive feedback on; it was a feature we did not have prior to Workday,” shares Schulz. The Texas A&M System always struggled with managers appropriately approving time, but it’s completely improved now that managers can approve time from a mobile device. And the intuitive, mobile interface also has been a big hit for employees who mainly use Workday to complete basic tasks, such as updating addresses. Stone says, “Those users have adapted to this like fish to water. It’s easy, it’s user intuitive; they like the mobile app.”

And finally, the IT team at the Texas A&M System isn’t bogged down with system upgrades and can devote its time to higher-impact projects. It no longer has to make decisions on hardware purchases, or about whether or not to do software upgrades. This was a move to become less dependent upon internal resources, which was a major strategic objective. This has enabled the Texas A&M System to spend a larger percentage of its money and resources on projects that truly matter, such as cybersecurity initiatives, to protect its valuable data.

Although this has been a big move and an even bigger success for the organization, it’s only the beginning. Schulz explains, “We did it with payroll, we’ve done it with HR, and now we are charting our course with financials.” 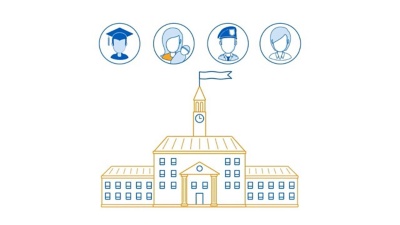 COMPANY
The Texas A&M University System is one of six systems of higher education in the state, with over 50,000 employees and 153,000 students across 22 independent organizations.
INDUSTRY
KEY PRODUCTS USED