With Workday, Aberdeen Asset Management empowers its employees and managers to be more productive, strategic, and successful. 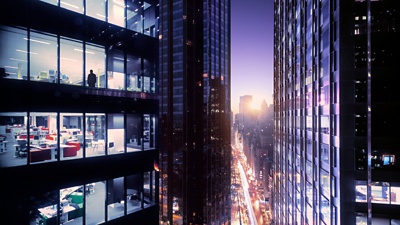 Gained a system that scales as the company grows.

With more than $385 billion in assets under management, Aberdeen Asset Management (AAM) is one of the highest-profile global asset managers in the world. And the company got there by thinking outside the box and more independently. So when it came to updating AAM’s HR technology, status quo was not going to be good enough—especially in the face of continued growth and expansion.

Since its founding in Scotland in 1983, multiple acquisitions and organic growth increased the company to 2,800 employees working in more than 25 countries. It had a legacy HR management system that was at its end of life and could no longer support the company’s needs. As well, the user interface was outdated, and certain functionality such as talent management was poorly supported.

Yet even with the tremendous growth, AAM continued to maintain a strong culture that puts its clients and end-customers first. It’s a fundamental reason for the company’s achievements. And that “people first” commitment extends to its dedication to the AAM workforce, too, which is why they needed a new system for their people management.

“We wanted to find a system that allowed us to create the best possible experience for our employees and managers,” says Nigel Rogers, global head of HR Systems at AAM. “A system that empowers our teams to be more productive, strategic, and successful.”

That’s when AAM decided to partner with Workday for its HR needs.

Workday offered AAM a seamless deployment to a single system. “Even though we had an aggressive target,” says Kerry Christie, global head of HR at AAM, “the project was great—we were problem-free in a short amount of time.”

All on the same page.

With offices serving the diverse financial needs of clients around the world, AAM immediately saw the benefits of how making its HR technology current by implementing a leading solution for HR across the countries could streamline the business globally while allowing employees to still act locally.

With a single system-of-record, AAM employees now have an intuitive and easy-to-use solution that allows all employees—no matter where they are in the world—to be on the same page, while freeing up HR to support larger organizational goals.

With a focus on scalability and productivity, AAM was committed from the start to simplifying human capital management across the enterprise.

“Workday offers us a more sophisticated way of thinking about our organization, succession planning, talent management, and our objectives,” explains Andrew Laing, deputy chief executive at AAM. “It gives us the framework necessary to develop as we move forward.”

Since its inception, AAM has dedicated itself to recruiting and nurturing talented and motivated people who understand the company’s vision.

“Managers are now able to get more information and make more independent decisions,” explains Rogers. “Plus, they have more analytical information so they’re able to manage their employees better and focus on more strategic work.”

Research is a key component of the markets in which AAM invests. Its relentless emphasis on firsthand research allows AAM to deliver the investment returns that enable its clients to achieve their goals.

As well, AAM knew it needed to be able to dig into its own people data with precision if it wanted to best understand how to optimize and support its workforce. With Workday, the company enjoys improved real-time and customizable reporting with useful data that benefits the enterprise as a whole, on demand.

“With our new reporting capabilities, we can pull information on the fly,” says Christie. “Now we have the ability to cut, slice, and dice the data, and that makes a big difference.”

The advanced reporting capabilities, such as matrix reports where data can be displayed in a chart with a single click, faceted search, analytics indicators, and drill-down to underlying detail, have taken AAM to the next level with reporting. In the past, the company would’ve had to do this in spreadsheets, combining multiple reports and using pivot charts.

Emphasis on the end user.

“Intuitive and easy to use.” That was the prominent result from a survey of AAM employees taken just two months after the Workday deployment. And it matters, because getting its employees onboard and engaged was a priority for AAM and its HR leaders.

“If the system is not easy to use, what’s the point?” asks Christie. “I’ve put in many systems over the years and, at the end of the day, the look and feel of Workday was the winner.” Workday gives HR more time to focus on tasks, reduces redundant and duplicate work, and improves productivity while remaining easy to use and serving even the most complex customer needs.

AAM’s problem was one faced by many other organizations: how do you work with legacy HR systems that are either at the end of life or not able scale with company growth in today’s quickly expanding, global economy?

By refusing to settle for the status quo and remaining committed to its culture of simplicity and independence, the company found a strategic partner in Workday. AAM can now focus on its core expertise and client-centered approach across the world.

COMPANY
Headquartered in Scotland, Aberdeen Asset Management is one of the world’s largest investment companies. It is the largest active manager in the UK and has 2,800 employees in 25 countries.
INDUSTRY
KEY PRODUCTS USED