Since joining Workday in 2005 as one of the company’s first employees, Petros has held various leadership positions, most recently as chief products officer with responsibility for the company’s products and technology organization, and before that as executive vice president of development. Prior to Workday, Petros served as a general manager and group vice president at PeopleSoft, where he was responsible for tools and technologies. Petros was at PeopleSoft for nine years, having joined the company after he founded and served as CEO at InfoSoft, an exclusive PeopleSoft distributor in southern Europe. Earlier in his career, Petros worked in the consulting and international field operations groups at Dun & Bradstreet Software in southern Europe, where he had responsibility for presales, training, and implementing applications.

Petros holds a master of science degree in information management from Lancaster University, and a bachelor’s degree in marketing engineering from Huddersfield University. 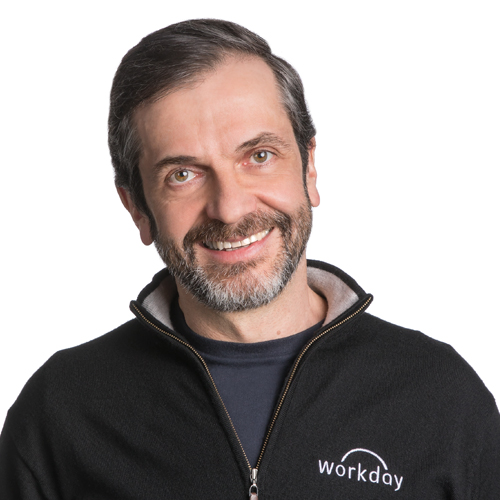